Health
Home›Health›Breast reduction: the solution to end pain and complex

Breast reduction: the solution to end pain and complex

Impossibility to wear a bikini, to wear an indented blouse. Discomfort for doing sports, shoulder pain, neck pain … An overly developed chest does not only cause psychological complexes but also physical pain. Surgery is then a perfectly legitimate solution.

If the average size of our bras has increased in ten years, from 85 B to 90C, some of us carve well beyond and suffer from breast surgery resulting in complex, discomfort and pain.

Breast reduction can be considered at any age at the end of growth.

“The breast can weigh from 100 grams to several kilograms explains Dr. Patrick Trevidic, Specialist of Plastic Surgery and Reconstructive, Head of Service at Sainte Anne Hospital in Paris. We talk about hypertrophy as soon as each breast weighs more than 600 to 700 gr. This hypertrophy is most often of genetic origin. The breast is composed of skin, fat and the mammary gland, and it is the gland that is hypertrophied. Good to know: it is from 300 gr removed to each breast that the Social Security supports the operation. ”

Before the intervention: an indispensable dialogue with the surgeon

During the first appointment with the surgeon, the patient discusses her motives, her complexes, her discomforts. He is given an examination (CT scan, ultrasound or mammography) to rule out any pathology even if the clinical examination is normal.

Finally, the final result (what volume should we withdraw?) Is considered and the surgeon explains the technique he chooses and on which scars will depend.

Classic technique to favor for large breasts: the surgeon incise around the areola, then vertical to the groove under the breast and horizontally under the furrow that will hide it (this is the scar called “anchor of Marine”).

Technique for smaller breasts: incise around the areola, then vertically to the furrow. Once the decision is made, and after meeting with the anesthesiologist (the procedure is done under general anesthesia) the patient is hospitalized.

An operation for custom breasts

The surgeon will draw on the chest of the patient very accurate diagrams standing and then lying down to visualize the future chest.

The procedure will be done in a semi-sitting position to check the good symmetry of the future chest.

The operation involves the removal of excess breast tissue in order to obtain two harmonious breasts in themselves and with respect to the morphology, correcting the ptosis by raising them up and then removing the excess skin. It lasts from two to three hours.

Post-op suites that are not very demanding

Generally, the pain is bearable on waking, analgesics having been administered during anesthesia. On leaving the block, the patient is led to the recovery room with a bandage and possibly drains.

We can go home at the end of the day with a work stop of ten days. We review the surgeon 8 to 10 days later to remove the son if they are not resorbable. 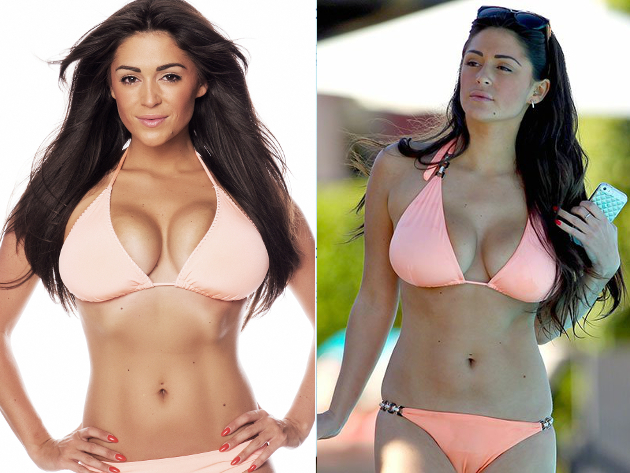 At home, you wear a compression bra for fifteen to twenty days. It is possible to take a shower as soon as the bandage is removed, often at the same time as the wires, but neither sport nor baths of sea or pool before three weeks!

The scars first red and pink will gradually fade and will be almost white after one year. “But you have to be very precise with the surgeon that the quality of the scar depends on 30% of the surgeon’s art and 70% of the patient’s healing quality! “.

INCISION IN THE FORM OF AN ANCHOR:

The incisions are made circularly around the areola, then vertically from the areola downwards then horizontally along the infra-mammary fold below the breast.
This method is the one that produces the most scars, it is for women who have a large chest relaxed when not supported by a bra.

Incision in the shape of a lollipop:

Lollipop Breast Reduction is also called a vertical incision, it is a more recent breast reduction technique than the anchor incision.
This starts around the areola and then extends downward vertically to the infra-mammary fold. This incision is often used as part of a breast lift for women seeking breast enhancement without reduction.

The vertical incision is for women who require the excision of a moderate amount of breast tissue.
The areolar complex is sometimes repositioned but the nerve and blood connections are preserved.

What essential amino acids are needed for ...