Everyone who participates in drug clinical trials hopes that the end result will enable others to either manage their condition more comfortably or move one step closer to overcoming it altogether if possible, and news of the amazing turnaround in the health of a woman given just months to live following a diagnosis of breast cancer is a perfect example of what so much work, time and effort can lead to.

A couple of years ago, 52-year-old Judy Perkins was making a bucket list after being told that despite a brave fight and making use of all available treatment, her cancer had spread to her liver. Plagued by nerve pain and reliant on morphine, she was given less than three years to live. What changed everything was an experimental immunotherapy treatment called adoptive cell transfer.

Within two weeks of treatment, Judy’s tumours started to shrink and she was able to stop taking all painkillers. Two years later, she is fit and well able to hike and enjoy life with her family; all traces of cancer lesions have gone.

The science behind it

Everyone’s cancer is different, so scientists began the process by removing and examining one of Judy’s tumours, from which they identified over 60 mutations and white blood cells that could find and kill off four of them. Over the next two months, those T-cells were grown into over 80 billion cells and then put back into Judy’s body to take on the biggest fight of their life. 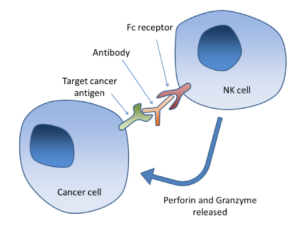 Doctors use the term “extended remission” rather than “cure” in Perkins’ case, although there is hope of the latter in the future. Currently, only 15 per cent of women with advanced breast cancer have a positive reaction to immunotherapy, but Judy’s case has moved the scientific knowledge base a huge step forward, identifying key issues that will inform future adaptive phase 1 studies, essential trials to roll out this treatment to a wider population. You can see more about our adaptive phase 1 studies at Richmond Pharmacology.

Scientists hope that following further trials and development over the next four or five years, this treatment will be available and proven as useful to treat those with various types of cancer – a breakthrough that will be eagerly anticipated by many.

What are the Medicare Part B excess ...